Hayes E&C Ltd was appointed as the sole structural fabrication and erection team for the new Aldi store in Exeter.

A distinguishing feature of the Aldi store plan is the 1,644 square metre footprint of which 1,205 square meters is retail space, utilising six 29.8 metre trusses from side to side to produce a clear and open shop floor.

This store formed part of a framework agreement secured through a collaborative partnership with Owen Associates and Aldi Stores to facilitate Aldi’s expansion plans throughout the UK.

Hayes E&C Ltd were required to draft, fabricate, paint and erect 70.4 tonnes of structural steel to plan, sequence and cost. This included all steel portal frame structural steelwork, along with all secondary steelwork to facilitate the fixing of the new cladding.

Hayes E&C Ltd had one erection team on site for two weeks, finishing the project in March 2021.

The IFC Models were used to create accurate 2D General Arrangement drawings for comment by Owen Associates, Structural Engineers, Architects and clash detection by other sub-contractors such as Cladders.

Once approved, Hayes E&C Ltd were able to fabricate and erect to completion within a seven-week window. The project was manufactured to execution level 2.

Hayes E&C Ltd have delivered over 40 Aldi Store structures through the framework agreement to date, as a result of an effective partnership with the client, timely delivery and a demonstratable record of high-quality fabrication and erection. 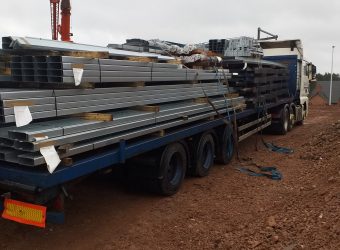 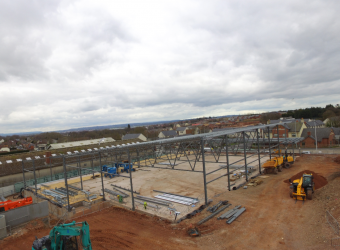 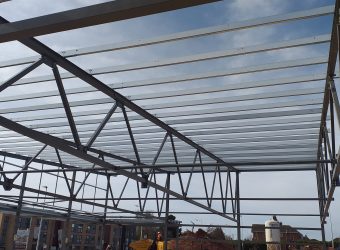 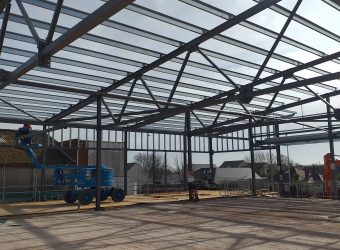 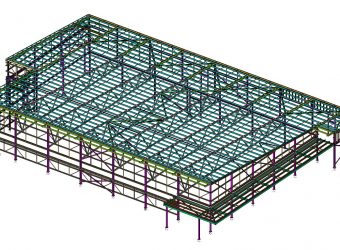 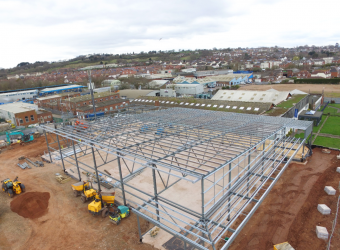 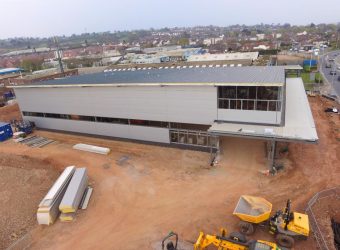 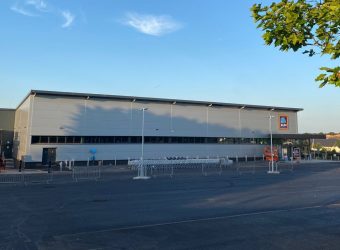 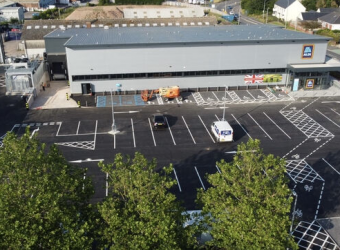 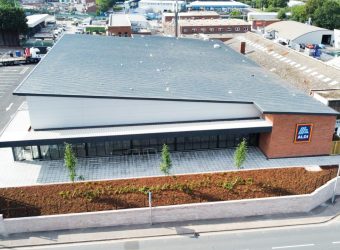 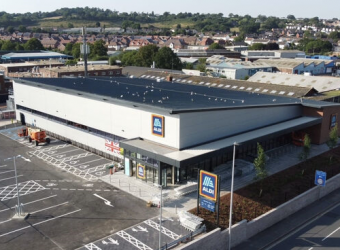 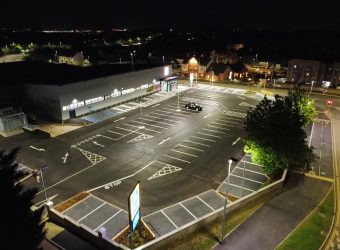 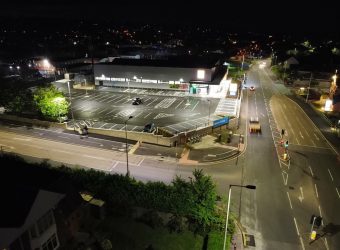