Hayes Engineering was appointed as the sole structural steel fabrication and erection team for the new re-roof structure and conversion of two existing 2.5-storey steel framed buildings. Blocks A & B were adapted to provide a new ambulance station for the Welsh Ambulance Service / Shared Services NHS (WAST) Pentwyn, Cardiff.

A distinguishing feature of the W.A.S.T. building is the 2,253 square meter footprint and the mezzanine floor within Block B, which overlooks the entire ambulance / vehicle bay.

This project was delivered under the Considerate Constructors Scheme.

Hayes Engineering were required to draft, fabricate, paint and erect over 44 tonnes of structural steel to plan, sequence and cost.  This included all alterations to the existing portal frames’ structural steelwork, along with secondary steelwork to facilitate fixing of the new cladding.

Hayes Engineering deployed one erection team on site for this scheme from September – October 2020. During this time, we removed over 4.5 tonnes of existing steel to allow us to install the new structural steels for both Block A and B, along with the installation of the mezzanine floor and stairs for Block B.

Hayes Engineering were able to fabricate and erect to completion within a seven-week window. The project was manufactured to Execution Level 2. 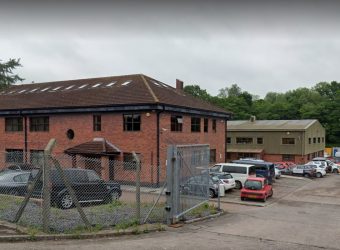 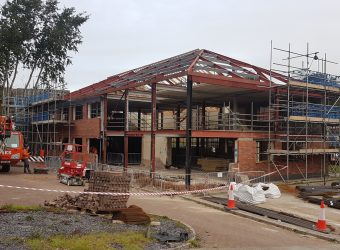 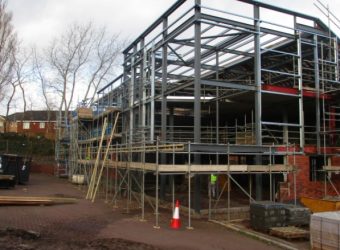 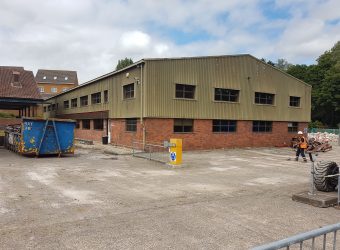 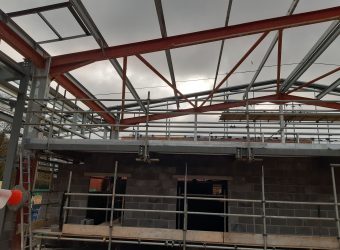 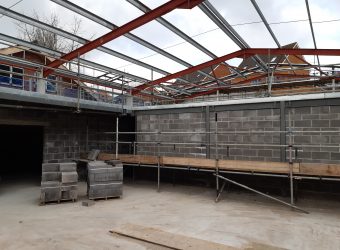 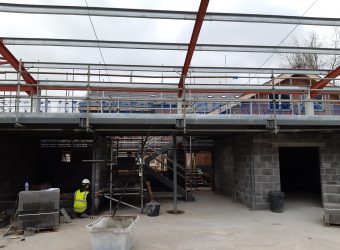 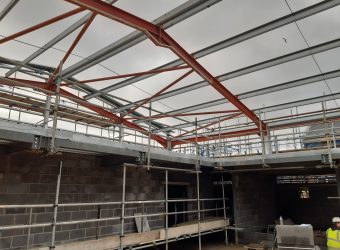 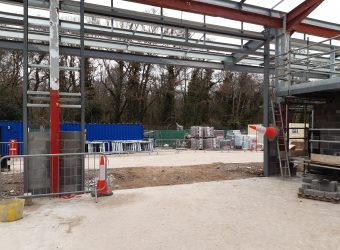